We offer unique and effective programing with a focus on safety and always under the supervision of a qualified coach. Our training sessions can be adapted for anyone at any age, fitness level or training history.

Our programs are written and designed by Mike Boyle Strength and Conditioning (MBSC). MBSC has been recognized as the #1 Gym in America and MBSC Thrive has been voted the "Best New Workout Program" and recognized as the "Smartest Functional Training Program of 2014" by Men's Health and Women's Health.

Their results-driven approach covers every aspect necessary for you to achieve your goals, whether they involve sports performance, weight loss, or a healthier lifestyle.

We're in the SPOTLIGHT!

After a 27-year career in technology, Tony Pagourgis was offered an early retirement package and an opportunity to pursue his lifelong dream: Own and operate a gym with his wife, Barbara Pagourgis. In January 2016, they are celebrating the one-year anniversary of Commit Fitness in Leominster.

Tony and Barbara went to Springfield College and acquired bachelor’s degrees in exercise science; Tony graduated in 1982 and Barbara 1983.
Both secured positions at the local YMCA for a few years, but their career paths diverged. In search of more lucrative employment, Tony studied information technology and secured a position at Data General, which was eventually acquired by EMC. Barbara took time to care for their two children while working part time as a bartender.

In 2001, Barbara returned to a career in physical fitness by filling various positions at Orchard Hills Athletic Club. Her strong work ethic eventually led her to becoming the club’s fitness director. Simultaneously, Barbara partnered with Registered Dietician, Laure Morris and founded NuFit, a fitness and nutrition coaching service. Tony kept his dream alive by working part time at the Holy Cross Sports Performance Training Camp, where he had the opportunity to work with renowned fitness expert Jeff Oliver, Holy Cross strength and conditioning director.
“When Tony was offered an early retirement package it was a no-brainer,” said Barbara Pagourgis. “We knew we would be opening our gym.”

“We offer safe and effective training in our 4,000-square-foot facility” said Barbara. “By partnering with MBSC Thrive, Commit Fitness is the only gym in the Central Massachusetts area offering the programming and training techniques of Mike Boyle Strength and Conditioning. MBSC has been recognized as the number one gym in America by Men’s Health and Women’s Health. Their results driven approach covers every aspect necessary for you to achieve your goals, whether they involve sports performance, weight loss, or a healthier lifestyle.”

Commit Fitness is a member of the Leominster Small Business Association and the North Central Massachusetts Chamber of Commerce. For more information, please visit www.commitfitness-ma.com or call (978) 751-8042. 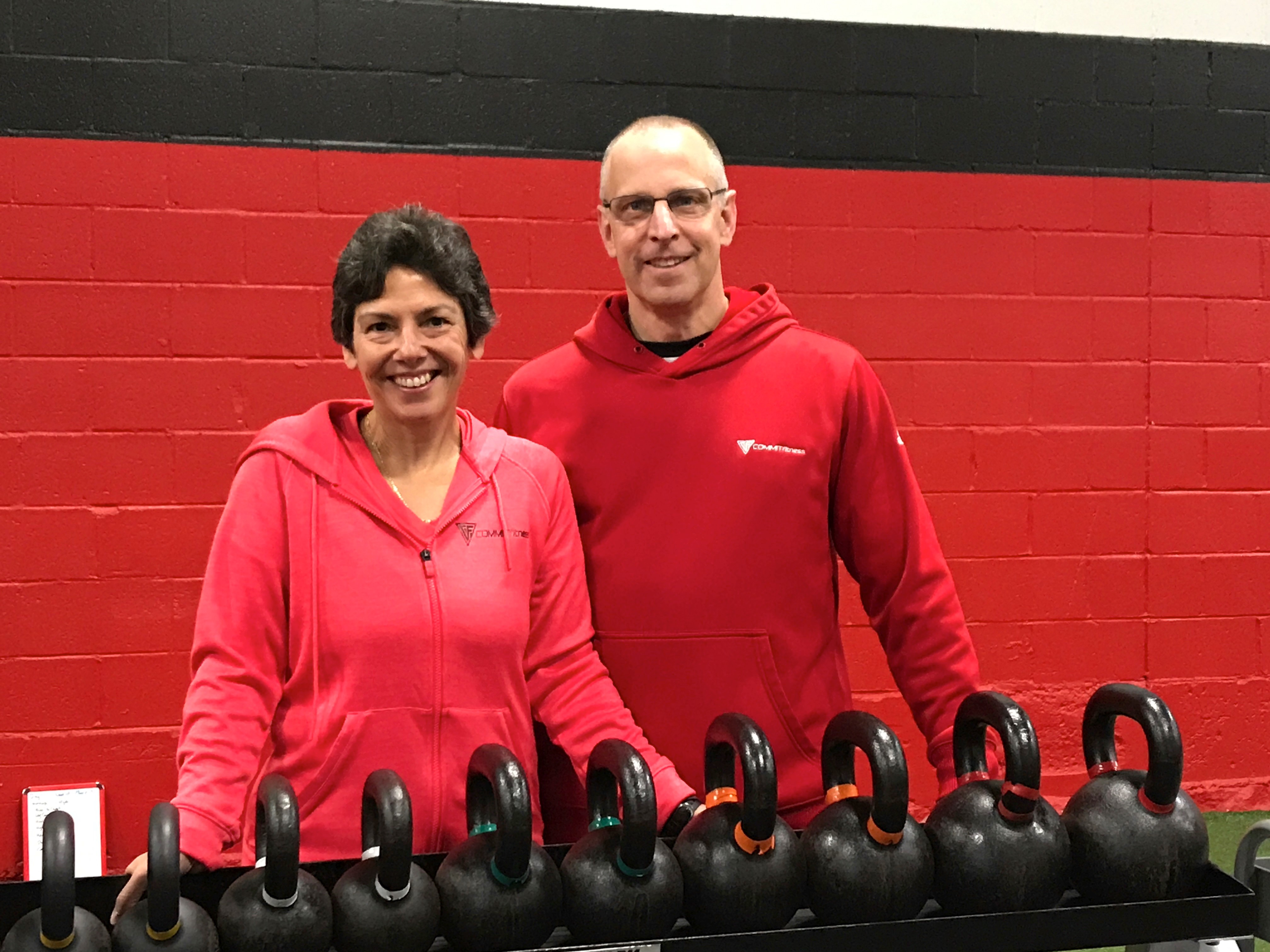